Rivian stock is still a top EV play despite its big sell-off this week, Morgan Stanley says: ‘You can’t have the reward without the pain’ 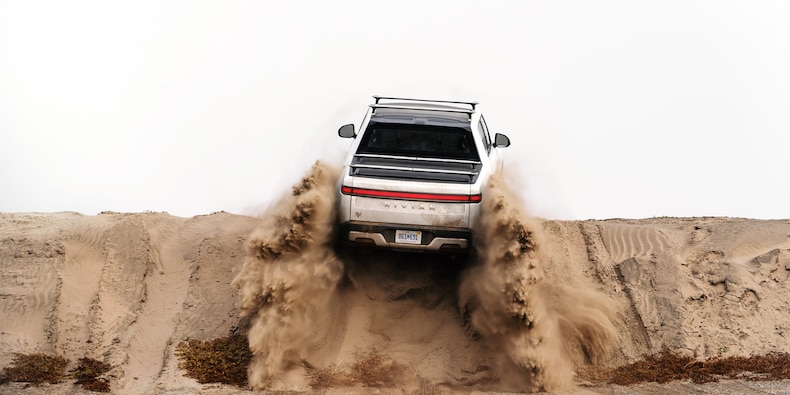 Electric truck maker Rivian is still a good long-term game despite this week’s heavy selling — if investors can weather the pain associated with expanding the business.

That’s according to Morgan Stanley analyst Adam Jonas who advised investors to manage their near-term outlook for the company and take a lesson or two from Tesla.

The bank maintained its overweight rating this week despite a massive sell-off that briefly pushed shares below their IPO price on Thursday. Jonas and his team reiterated their $147 target price. The stock was trading at $87.57 at 12:54 PM ET on Friday.

“Tesla has shown us the very difficult path to scaling up electric vehicle manufacturing,” Jonas wrote in a January 6 note. “You can’t have the reward without the pain.”

Rivian has sunk about 30% in the past month, with plenty of selling happening Thursday after Amazon announced a new deal with Stellantis for electric delivery trucks. The e-commerce giant earlier announced an order of 100,000 electric delivery trucks from Rivian. The shares briefly fell below their initial public offering price of $78 in the news.

Short sellers were “running” on the stock amid its slide, according to Ihor Dusaniwsky of data analytics firm S3 Partners. In the past 30 days, he said, short sold shares increased 43% to about 31 million shares, worth $2.7 billion.

“This might not be the right stock for you,” Jonas told investors who think the Amazon Stellantis deal would be as bad as it is for Rivian.

Even Tesla CEO Elon Musk has previously weighed in on the company when he said achieving high production and break-even cash flow would be the “real test” for the electric car maker. According to Jonas, Tesla has demonstrated a wide range of issues that can occur when an electric vehicle maker ramps up production.

But, Jonas said, “If you can tackle fires, quality issues, battery fires, software crashes, delays, stinging articles and videos, and other tools… the reward can be much greater than you ever imagined.”

Despite Rivian’s slump, Jonas said he is excited about the company and advises using the dip as a buying opportunity.

“While 2022 will have its ups and downs while in ‘ramp mode’, we believe Rivian is ‘The One’ to be included in any diversified EV portfolio,” he said.